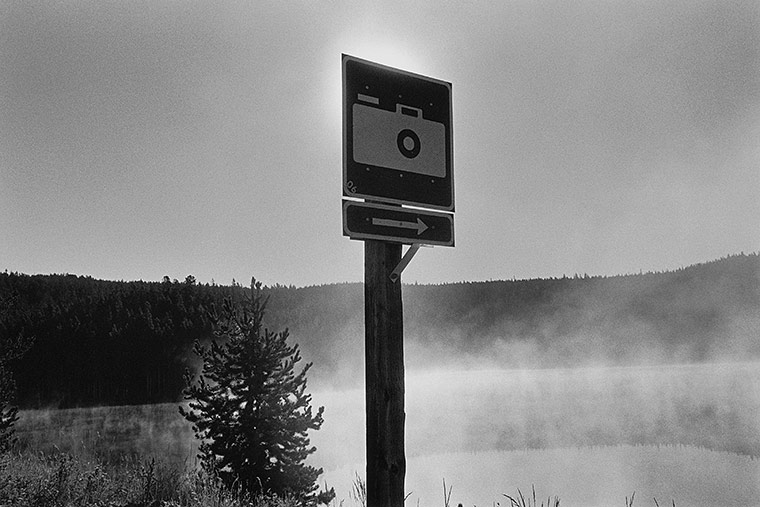 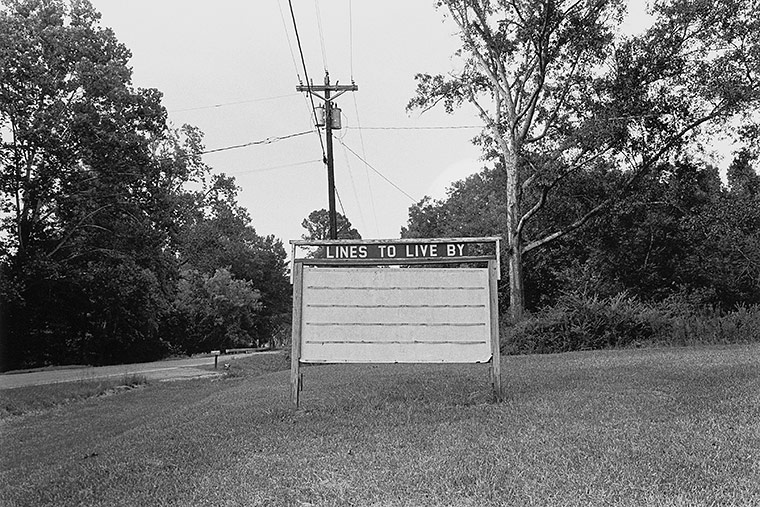 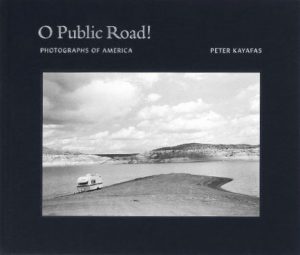 Peter Kayafas has spent twenty years out there breaking the speed limit of the intelligible. He has photographed eateries and ruins and horizons, the starts of parades, the aftermaths of tornados, human faces, human backs. In terms both of mileage and vision, he has earned his Union Card for Loners. Other traveling sages enjoy cranky membership; Robert Frank and Walker Evans come to mind. But travel, openness, talent carried to the force of love, these have helped make Kayafas the Road’s favored recent disciple, co-dependent.

His work shows Zen discipline—it is both patient and instantaneous. Within these seeming contradictions, Kayafas has, over time, made many secrets visible. In his view, under his aegis, America’s secondary roads abound with primary subjects. If his photographs reveal a classical sense of form, an insistent purity of surface, Kayafas’s outlook has fought to keep itself militantly Democratic. Anything, around the next bend, might qualify as fascinating. O Public Road!—like some black-and-white Chinese screen—compresses decades’ travel into the folding wonder of a single trip.

—Allan Gurganus from the Afterword to the book

“A Turn in the South”

A Film by Michael Maher, with photographs by Peter Kayafas

Photographer Peter Kayafas has long been fascinated by the earthiness of southerners, their hospitality and their hatreds. Peter travels down the South’s roads capturing the contradictions of the region. Kayafas says, “Robert Johnson, Muddy Waters, John Lee Hooker… I’d say that Highway 61 is one of the most historically relevant roads in America due to the number of artists and musicians who’ve traveled along it.” Peter and travelling companion Michael Maher uncover many incredible moments, from Big Jack Johnson on his porch playing Catfish Blues, to meeting Joanne Bland who took part in the freedom march led by Martin Luther King in the 1960s.

VIDEO: The documentary by award-winning Australian filmmaker Michael Maher about Peter’s photographs and the American South aired on Australian television in 2008. You can view the 14 minute film here: Traveling South.