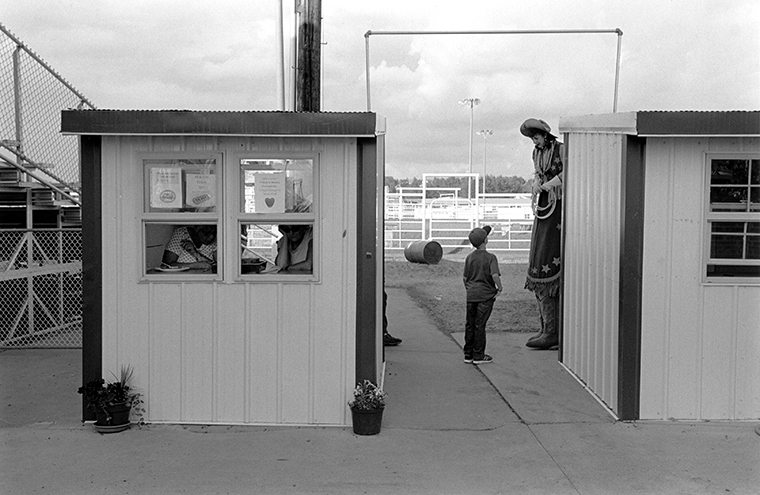 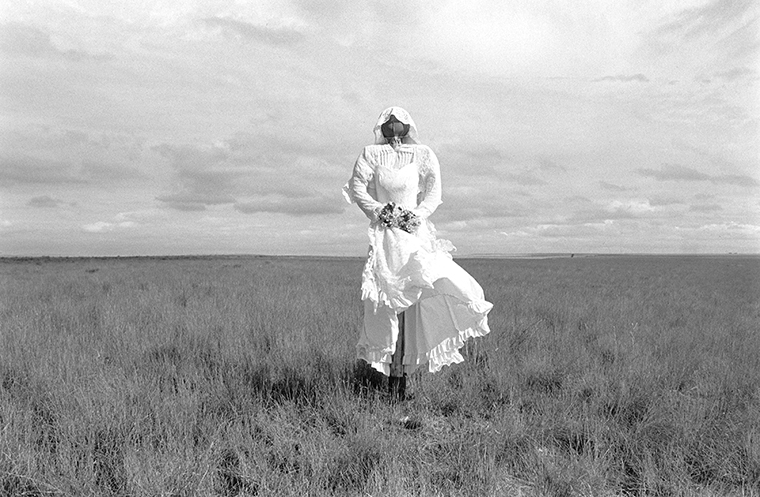 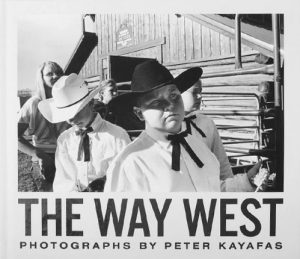 The Way West, an exhibition and book project, presents images from ten years and thousands of miles of travel in the Plains States.  A continuation of his ongoing exploration of the backroads of America, Kayafas uses his camera to investigate the histories and ritualized traditions of people living in Idaho, Montana, Wyoming, North Dakota, South Dakota, Nebraska, Oklahoma, and Colorado. Their way of life and  their connection to the land and the animals that comprise their lifeblood, are enduring themes. So, too, is the passage of young people from childhood into adulthood, accumulating experience and knowledge of the struggles and challenges of life in the West. The backdrop for this compelling narrative is the dramatic, rugged, and wide-open landscape of the American West in its layered complexity.

What is the West? We think we know—cowboys, Indians, cows, dust, sunsets, rodeos, right? One of the many things that is powerful about these photographs by Peter Kayafas is the cunning yet also unpretentious way in which the old memes are shown to be secondary to the primal power of youth, and youth in a western landscape.

—Rick Bass from the Afterword to the book